The Fish Creek War
Below are two versions of this historic conflict:
​Charcoal was essential for the smelting process, and by 1879 about 175,000 pounds per day were required by the smelters. The following is taken from
Eureka Nevada: A History of the town, Its Boom Years 1879-85  by Judith K Winzeler and Nancy Peppin, 1982. 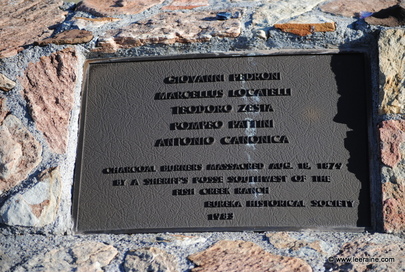 Memorial for the charcoal burners - located at the Eureka County Cemetary
Italians made up over 15 percent of Eureka's population: over a thousand were charcoal burners from the poverty-stricken Alpine area of Italy. The dregs of the labor force in Eureka, they were exploited by the system of contracting fuel for the smelters. Many were cheated because they spoke no English. During a slow time in the summer of 1879, the desperate burners stopped the supply of charcoal, asking for a two-cent increase of pay to 30 cents a bushel. At first the town was sympathetic, but fears grew that the smelting furnaces, the lifeblood of the community, would be shut down. As attitudes hardened on both sides, many who had been sympathetic stopped supporting the charcoal burners.

The Charcoal Burners' Protective Association formed in Celso Tolli's saloon. They announced that no charcoal would be loaded for less than 30 cents a bushel. Several teamsters were threatened and their wagons unloaded. The refineries threatened to close down. Burners were arrested, but little charcoal was loaded. Lawsuits were filed. The militia was sent for, in case of violence, and everything seemed under control. But, on August 18, 1879, Fish Creek, an area twenty miles south of Eureka, was the site of an ugly confrontation  between striking charcoal burners and a local posse. After an exchange of words, shots were fired. Five burners died and several more were wounded. The Italian embassy in San Francisco protested, but a coroner's inquest excused the posse as acting "in the line of duty." The charcoal burners realized that the companies had won and that they had no choice but to go back to work. Then the companies lowered the price of charcoal even further. 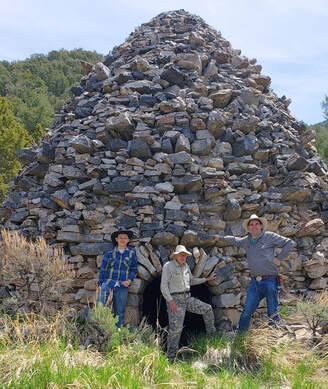 Author Stanley Paher (center) with Scott Raine (right) and Storm Raine (left) in 2020. 2020 is the 50th anniversary of Paher's landmark book Nevada Ghost Towns & Mining Camps first published in 1970.
Supplying fuel to Eureka smelters was big business between 1870 and 1880, but by the summer of 1879 trouble developed among the carbonari, the teamsters and the smelter owners. The situation came to a head when the carbonari formed the Eureka Coalburners Protective Association at Celso Tolli's local Italian saloon where the burners prepared a list of demands, especially an increase in the price paid for charcoal from 25 cents to 30 cents per bushel. On July 7 charcoal burners assembled at the Eureka Opera House, the only place in the camp large enough to accommodate all of them. Beginning July 8, a “take notice” advertisement was published in the local Eureka Sentinel for ten days asserting the new demand, an emphatic statement. Further, the carbonari demanded that they be paid in cash and, further, asked for full disclosure from the teamster’s receipts showing how many bushels have been sold. The Association which had grown to 1,196 members threatened to cut off supplies of charcoal unless their demands were met.

On the morning of August 9, six coal burners entered the home of teamster, George Lamoreux, dragged him from his bed, and threatened to beat him if he continued to haul charcoal. Later that day he drove to a charcoal ranch to pick up a load. But when confronted by the carbonari, he returned to Eureka with empty wagons. About that same time, Robert Brown was prevented from loading charcoal and he, like Lamoreux, took the matter up with the local sheriff.

On August 11 a local Eureka news report stated that “two thousand persons, banded together, and with arms in their possession, defied civil authorities and refused to have any of their number arrested. They now hold forcible possession of many coal pits in this county. By force they prevented owners of charcoal from hauling it to their furnaces, and they threaten to destroy other property and burn the mining camp. Marshall Rich, who had brought along several wagons, told the owners [the teamsters] of the charcoal to go ahead and begin loading, but the Italians prevented them from doing so. Arrests have been resisted by the rioters, who are well armed, and organized under the command of desperate leaders.”

The local press reported allegations of misconduct on both sides. When Eureka’s smelter operators united to slash the price they would pay for a bushel of charcoal to 27 cents instead of the current 30 cents on the grounds that declining quality of ore no longer would allow them to pay the higher price, trouble began. The burners’ Association rejected the reduction by refusing to permit further charcoal deliveries to the smelters and, on August 18, forcibly took possession of the Eureka.

In response, Nevada Governor Kinkead quickly called into active service the state militia and ordered them to the stricken camp. The Fish Creek War was on and the ensuing strife was principally over the price of charcoal. When the well-armed militia arrived, a lull in the fighting ensued until August 18 when a 9-man posse headed by Deputy Sheriff Simpson, attacked a charcoal camp on Fish Creek, 30 miles south of Eureka, and in a one-sided battle killed five of the coal burners, wounded six others and took several prisoners. None of the lawmen suffered damage except to reputations, the posse being criticized for the tactics employed.

The shock of this event and the tone of substantial legal proceedings overwhelmed the Carbonari. Though some resistance continued for a few weeks here and there, most resumed making charcoal. In the end, charcoal prices dropped to 22 cents a bushel. The local press estimated the cost of the war to the county was between $10,000 to $30,000. ​ 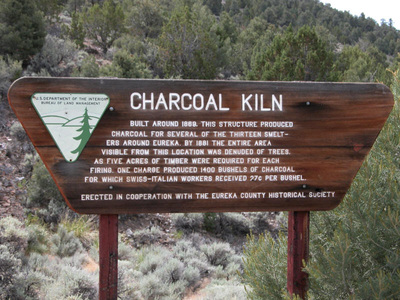 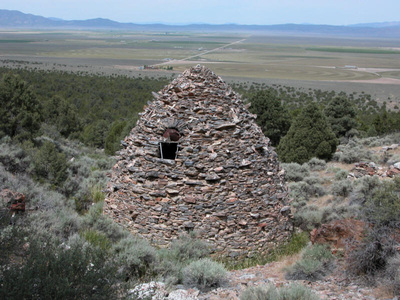 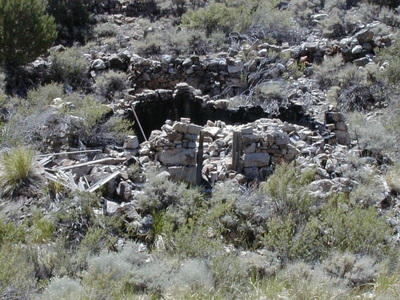 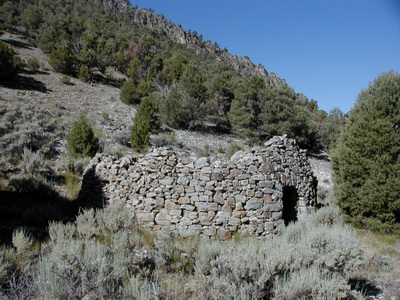 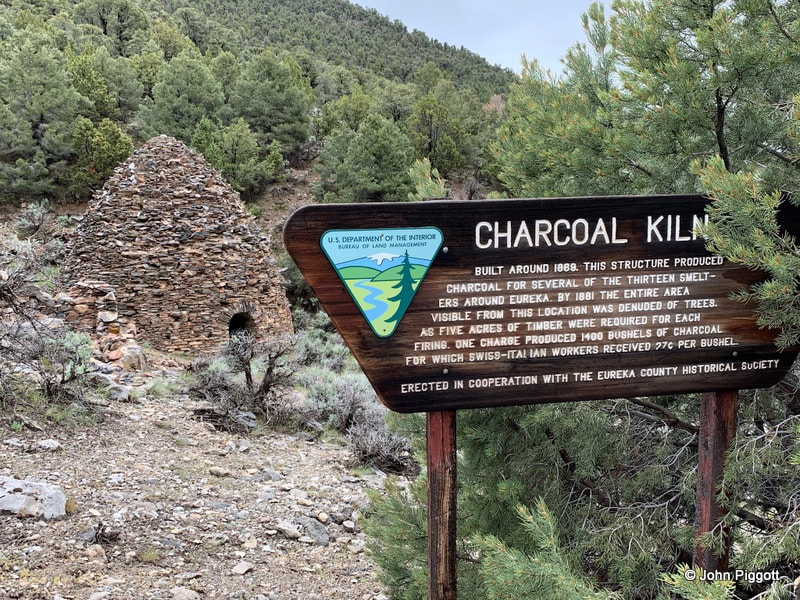 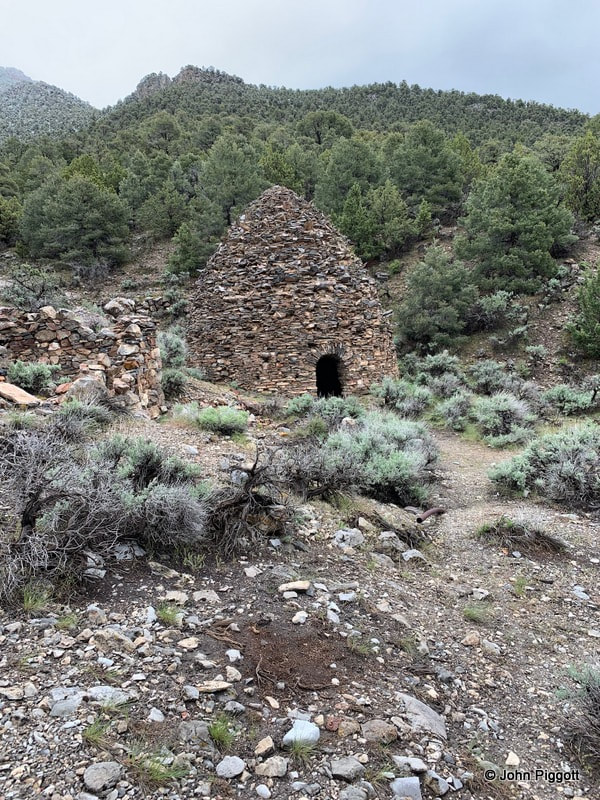